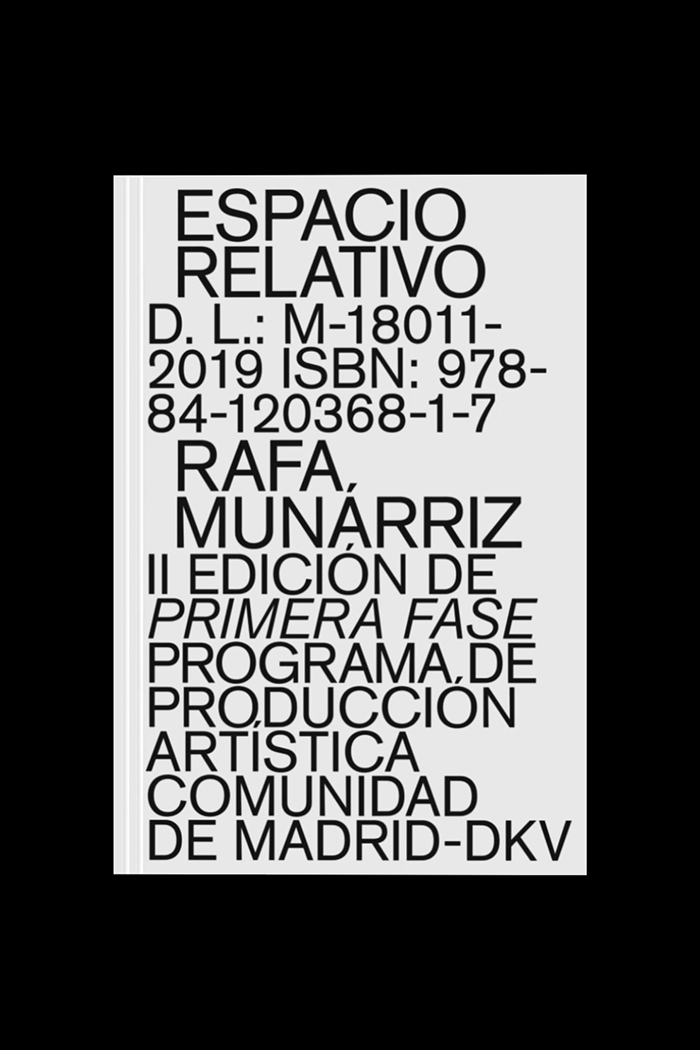 Espacio Relativo is the publication that illustrates the exhibition and project of RAFA MUNÁRRIZ which has won the second edition of the Artistic Production Program of Comunidad de Madrid-DKV.

From N-E we worked closely with the artist to design and produce exhibition´s book.

AN ATEMPORAL VISION OF ARTIST'S WORK

Instead of making a catalog of the exhibition, we wanted to expand the publication with archive content of RAFA MUNÁRRIZ´s work so the book is understood as a publication in itself beyond a catalog. This idea has influenced the decision to create exhibition photographs, creating frames that decontextualize the work in the space to give it a timeless character according to the rest of his work.

BLOCKING AS AN ARTISTIC AND TYPOGRAPHIC CONCEPT

RAFA MUNÁRRIZ´s work focuses on the blockade as a work axis. The artist tries to interfere in the relationship that the viewer may have with their own space environment through the interpretation of the various elements that make it up.

This action poses, in the form of an accident, a relationship between the work and the viewer, creating a seemingly imperceptible barrier between the two.

In the case of publication, that barrier is represented by the typographical lay out. A visual blockade that the viewer faces when interacting with the content, just like the work of RAFA MUNÁRRIZ.